A quick update with some more 15mm Ancients miniatures. This time it’s some Numidian Light Cavalry. I’ve reused the colours from the Numidian Light Infantry (the riders) and the Iberian Cavalry (the horses). 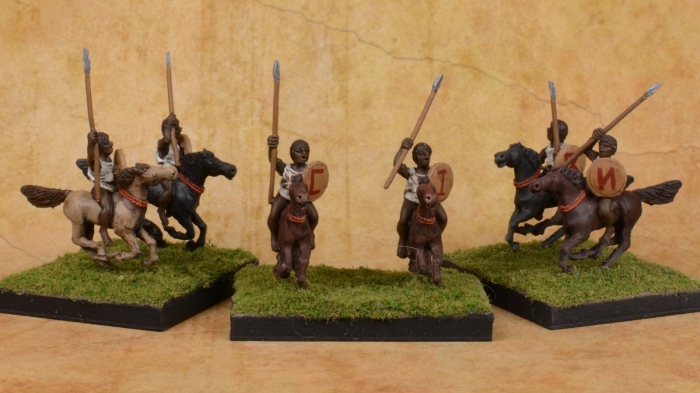 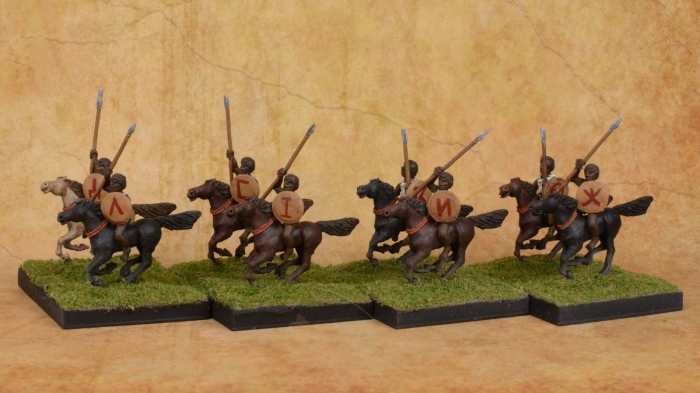 I’m planning on doing another 2 bases of these as that maxes out the Carthaginian list and I think I’d like to try and run 6 Light Cavalry as it gives a bonus to initiative and attaching some to each command should let me slow down enemy units while I manoeuvre to create better matchups.

I’ve continued to use Magister Militum/Chariot Miniatures for this force. I used CAR9 (Numidian Light Horsemen) for these bases and again they’re not a bad little pack. There’s 4 in each pack with two horse and 3 rider sculpts. They are a little fragile, however. The horse is not connected to the base (I remove the extra posts that aren’t part of the horse which makes this worse), and the spears are very long and bendy.