I’ve finished and even played a game with the USMC forces that have been built up throughout the life of this blog. I’d neglected posting about these of late, the last minis painted for it (some OH-58Ds in olive green) I hadn’t even posted about. So I’ve just taken some pictures and thrown up a post.

A couple of things to note about the pictures:

First the vehicles which have all been based on 20x20x1.5mm acrylic squares. 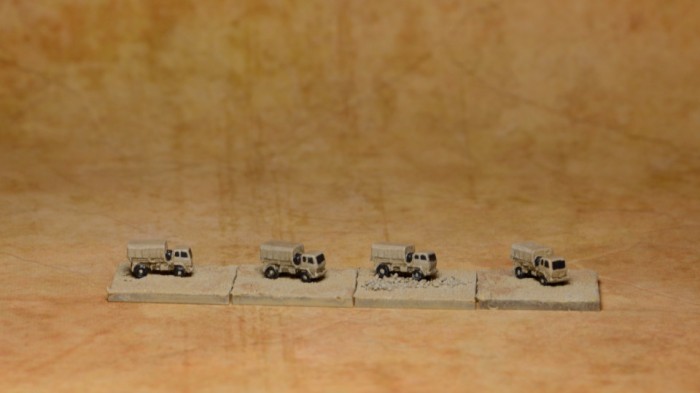 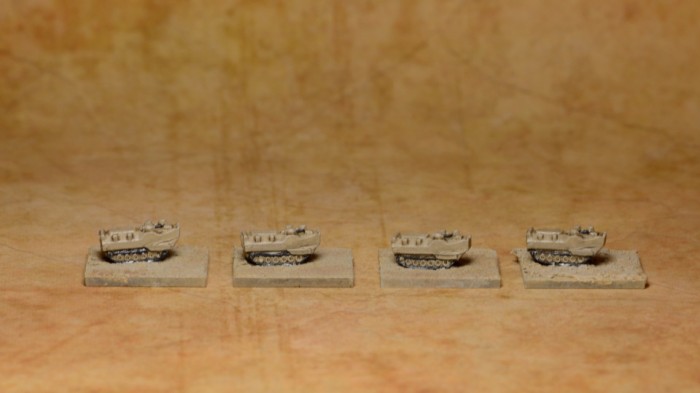 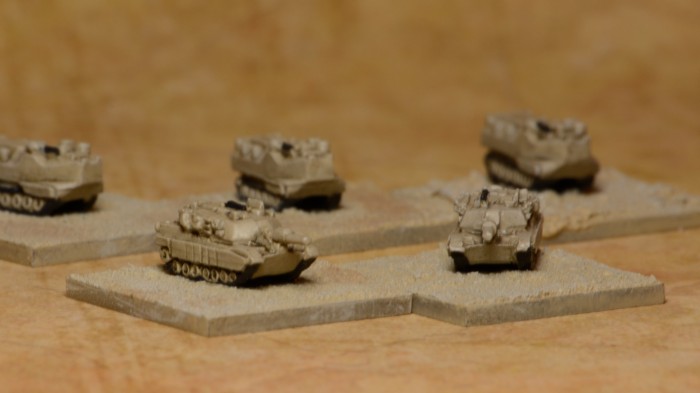 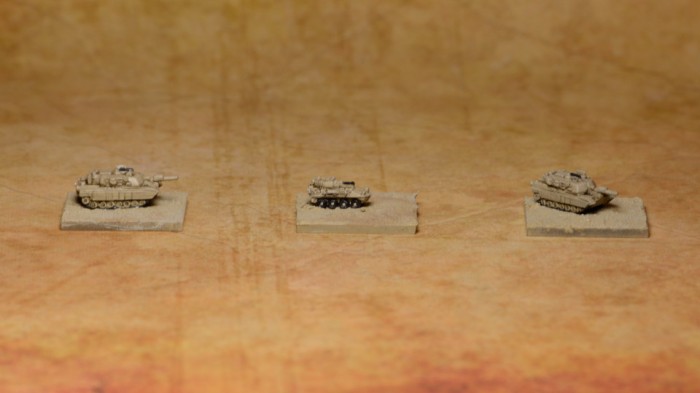 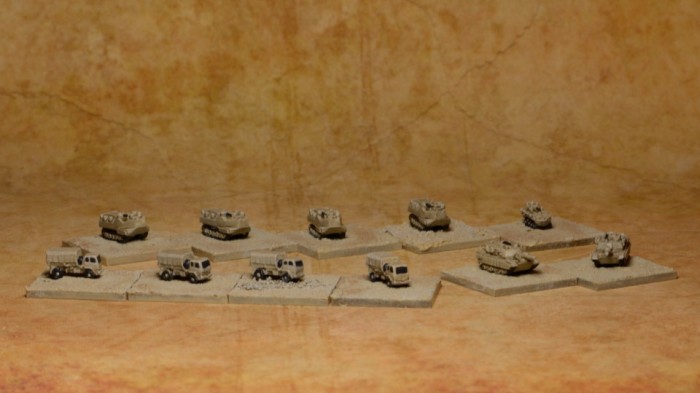 All the vehicles together

Next, the aircraft. I’ve added some clear plastic rotors to one of the AH-1Zs; I’m not sure how I feel about these. They are very fragile and damn difficult to cut out and glue on. 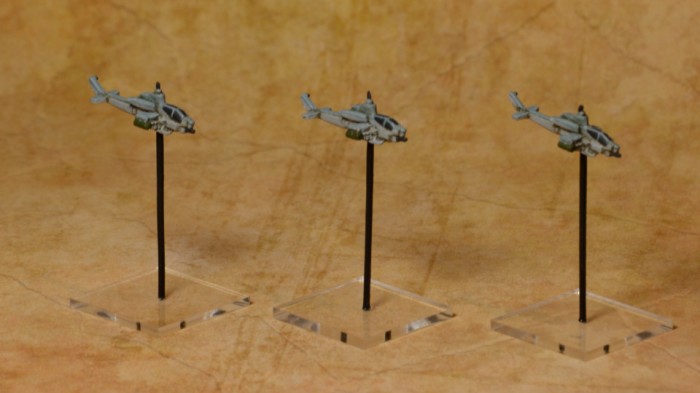 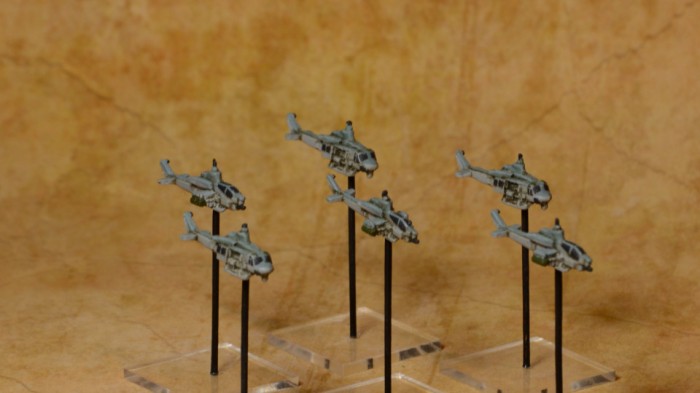 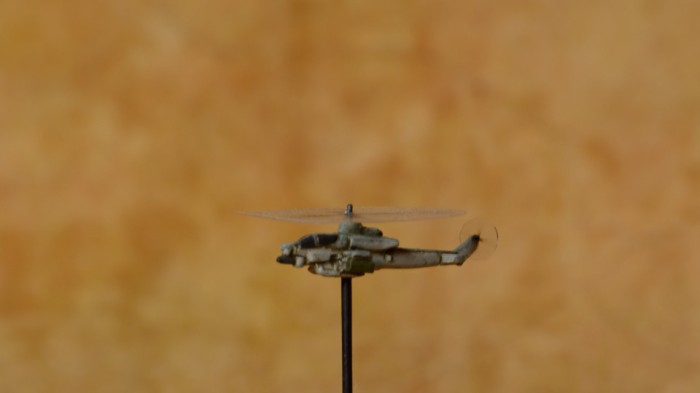 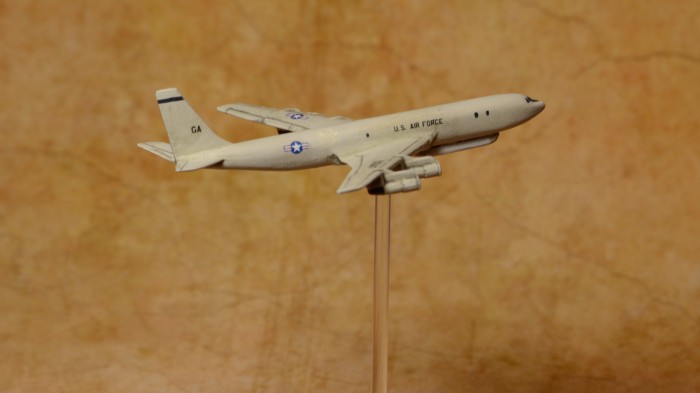 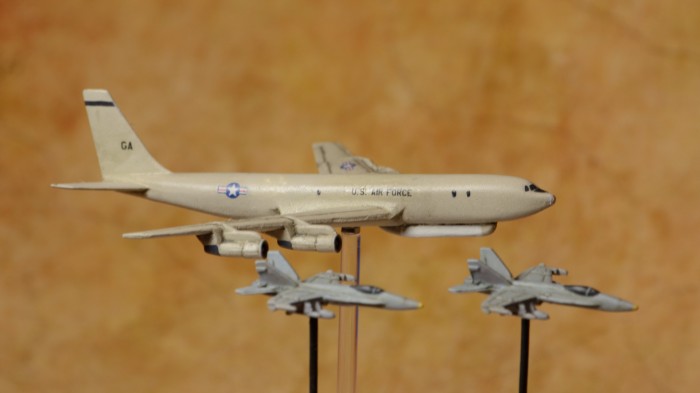 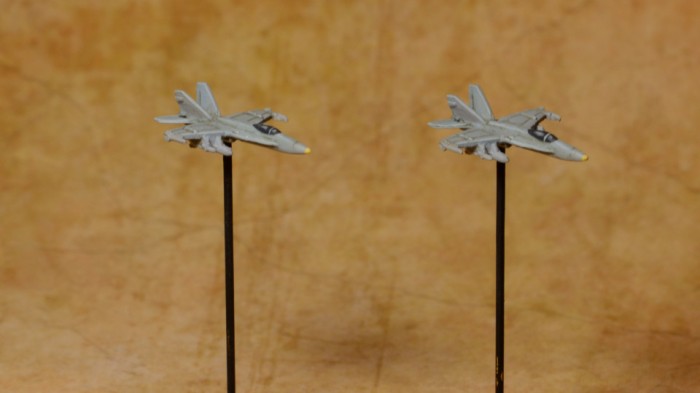 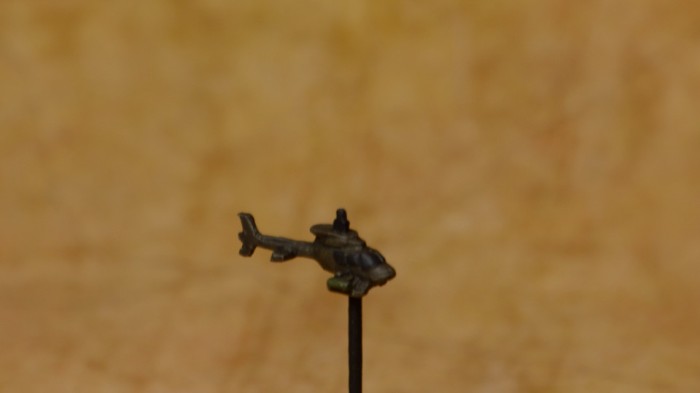 I don’t think I’ll be doing too much to these for a little while. The only pieces to add are some infantry and to expand it to a full strike group and include some of the other marine equipment. However, I think this is a little way off.